Community-led sanitation initiatives are recognised and, to varying degrees, successful ways of addressing poor sanitation. Yet, despite the successes, questions around the sustainability of such efforts linger.

In this blog we reflect on community-led sanitation projects in Nicaragua, the Philippines, and India, where community support structures have enabled spaces of collaborative and participatory planning, flexible sanitation project design, and ongoing leadership development and strengthening. These processes, in turn, have contributed to sanitation interventions that not only increase communities’ access to improved sanitation and ensure the ongoing use of facilities, but also provide social and economic opportunity.

By providing evidence from Outreach International’s (OI) community partners, we hope to inspire non-profit organisations, government agencies, and practitioners to strengthen existing and even develop organisational infrastructure. Because of the presence of such infrastructure, practitioners, alongside community leaders, can facilitate processes that will contribute to the long-term success of community-led sanitation projects. You can learn more about our Participatory Human Development approach here.

For Outreach International’s Indian community partners, where the Kuljing Jyoti Group and the Kurumpeta Pragati Group in the rural state of Odisha built 271 latrines between 2011 and 2020, members’ involvement in project planning guaranteed these units’ ongoing usage.

Prior to project implementation, community members recognised the need for improved sanitation in their respective communities. What strengthened such awareness was young people from these communities returning from colleges where they experienced the advantages of improved sanitation. The groups were however very aware of how and why sanitation projects in their neighbouring communities have failed. Factors contributing to such failure included low quality products and masonry, and little to no project monitoring. With these factors in mind, the groups wanted to do things differently.

They first submitted funding requests to agencies interested in funding community-led initiatives. Following the approval of their proposals, they selected the building materials themselves, ensuring that quality products were used; chose who the building contractors should be and what they should get paid; and assigned a committee to monitor the contractors’ progress and work quality.

But more significant is how community members’ ownership over the planning process also enabled them to voice their specific needs, and such needs pertained to the size of their toilets. As one community leader shared:

…when we talked with [the practitioner] about the [sanitation] issue we [considered] other village toilets and those are very small. We talked amongst ourselves about the size and the design…We wanted a bigger space for bathing and toilet so that’s why our toilets are bigger because we talked with all the village people (Rayagada district, 2022).

As evident from recent conversations with community members, access to such bathing spaces have had an impact on their lives, especially women. One young mother shared that:

For women it is difficult to bathe in the open but after the construction of toilets we are not having any problem. Before I had to go to the river for bathing. That river stream is not near to the village. We have to travel approximately two kilometres for bathing. It was affecting me as I had to leave my daughter behind and go to the river stream. [Also] earlier during the night-time when we had to go outside for open defecation, we were afraid of insects and reptiles. But now there is no fear, it is very much convenient for us to bathe (Rayagada district, 2022).

Their organisation’s social infrastructure provided members with the opportunity to implement sanitation projects reflective of their needs and develop these through collaborative and participatory planning processes.

Flexible project design in the Philippines

Since 2011, 11 of Outreach International’s community partners in the Philippines have implemented latrine projects. These projects built 476 latrines to provide local families, who previously used makeshift open pit latrines or practised open defecation, access to improved sanitation. But, because of their well-developed organisational infrastructures, these CBOs have also been able to design sanitation projects that can help address other concerns in their communities.

To this end, five CBOs in central Nueva Ecija province designed sanitation loan projects. Implemented between 2015 and 2020 these projects have project participants, i.e., those members who received their own toilet unit, pay a certain percentage of their unit’s overall cost back to their organisation. During programme design, the organisation’s members decided on the loan details, including repayment schedules; whether they should include interest and, if so, how much; and what the organisation will do with their accrued funds. The CBOs in question have used such savings toward more latrine construction, financing general maintenance and waste removal, building start-up capital for new projects, and bolstering the floating capital of existing microloan projects.

What makes these sanitation loan projects unique is that they were implemented alongside many other existing loan projects. Prior to their sanitation projects, groups had already implemented other loan programmes, ranging from food programmes to education loans. Loan schedules, payment committees and monitoring were therefore nothing new to these groups, because the CBOs already had well developed institutional infrastructure, including existing rules, regulations, and policies. In this case, the groups’ existing organisational infrastructure provided them with the ease and flexibility to successfully add a loan component to their sanitation projects.

Flexible project design, which for several CBOs meant adding an additional loan component, does however mean more work. Community leaders are thus tasked with not only loan management and collection but also with the added risk of participants struggling to repay their loans. This therefore requires patience from leaders and an in-depth understanding of the living conditions of their fellow community members so that, if need be, they can come up with adjustments to loan requirements and agreements. These concerns place an additional burden on, often overworked, community leaders.

In planning, implementing, and managing their latrine projects, communities’ successes depend on pro-active, representative, and dedicated leadership. But most of the time and among almost all community partners, CBOs’ elected leaders have no prior leadership experience. They therefore need to strengthen and develop their leadership capacity to support their organisation and its many diverse projects.

In Nicaragua, where four CBOs have implemented 118 mostly composting latrines between 2010 and 2020, leaders reflected on the impact of the implementation of their sanitation projects on their leadership development:

Working with my community [on the sanitation issue] helped me to express [myself] and share with others. Before I was shy and did not feel safe; One of my greatest experiences was going to the bank. Before this project I never had the opportunity to enter a bank or to open a bank account and to be the representative of many people. Now I feel that we resolved the situation of 14 families, and we can go on building more (Santa Lucia region, June 2014).

It is within this institutional space that their organisations create that community leaders develop, practice, and build upon their leadership skills and capabilities. And with these new skills comes confidence, which enables leaders to broaden their projects and bring improved sanitation to even more community members.

A key factor contributing to Outreach International projects’ successes was groups’ ability to access project funding with flexible requirements. The respective groups therefore had the freedom to plan their projects their way – whether that is to include a bathing area to their toilet or to add a loan component.

This kind of funding is however not always available to community-led groups. Often, funders’ expectations, including overcomplicated monitoring plans and stringent financial management requirements, come across as distrusting toward local communities and their ability to successfully plan and implement their own projects. This means that if CBOs want to implement projects that best address their needs, they might have to wait several years for the right funding opportunity to arrive, if at all. Alternatively, they might have to sacrifice their plans and compromise on their specific sanitation goals, which over time translates into decreases in toilet usage, maintenance, and thus overall impact.

In addition to advocating for more accessible funding for community groups, practitioners, researchers, and community members should continue to collect evidence on how communities have the capacity to successfully implement their own sanitation projects. And one place where such evidence resides is in well-developed organisational infrastructure that can facilitate collaborative and participatory planning. After all, it is clear that community organisations get shit done. 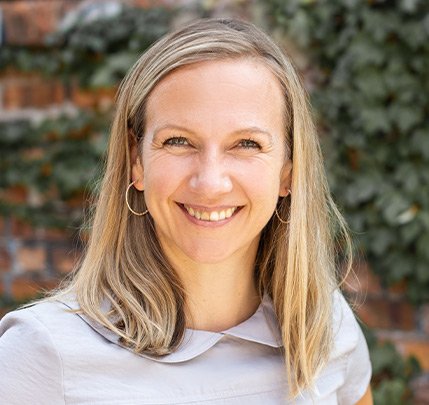 Director of Research and Advocacy